In a ceremony among family and friends, Laeticia Amihere announced her intention to attend the University of South Carolina and signed her letter of intent on OSBATV.

"It really came down to my values and what was important for me," said Amihere. "Making sure it was a winning culture. I want to win a championship and I felt that great relationship with the coaches and I felt that throughout the process."

A five-star recruit and the 2017 OSBA MVP, Amihere is blazing a comeback trail in her return to the court after missing time while recovering from a torn ACL.

2017 was the same year the South Carolina Gamecocks won the NCAA National Title and that will be the goal again as Laeticia joins a team loaded with young talent.

"What separated South Carolina from the rest was the visit," said Amihere. "When I got there (head coach) Dawn (Staley) was just real with me. She didn't cut corners, she showed her true colours."

As a 15-year-old Amihere made her mark when her in-game dunk went viral and she became the first Canadian woman to dunk in a game.

Her King's Christian team has fallen in the OSBA semi finals the past two seasons but with a healthy Amihere and all the pieces coming together they will be challengers for the 2019 league championship. 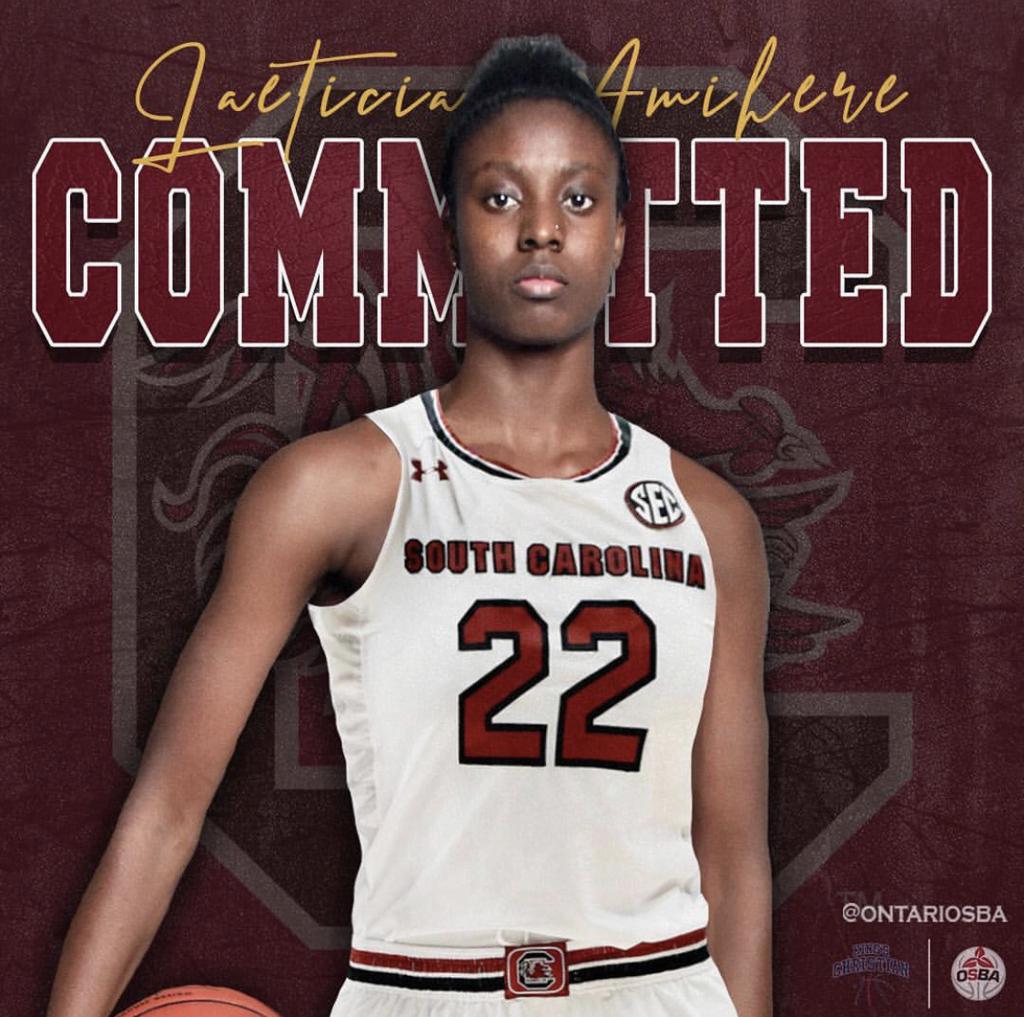