Heading into the OSBA Championships, Capital Courts rank second with a 15-3 record

The night before her 17th birthday, Louisville Cardinals commit Merissah Russell had her nose buried deep in her SAT Prep books.

“I’m one step closer to being an adult,” joked Merissah, while studying for her SAT course the following day.

Merissah committed to Louisville at only 16 years old and will write the exam this spring. For her, studying on her birthday isn’t seen as a sacrifice; she’s happy to see the fruits of her labour paying off. She understands that maintaining a high-major Division 1 offer is even harder than the journey to get there.

“Because she wants basketball so badly, she just does what she needs to do,” says her mother, Natalie Russell.

Merissah has spent the last five years earning her keep, and before being named MVP she was the OSBA’s January Player of the Month, averaging 23.2 points per game on 52% shooting, shot 36% from downtown and had an astounding 5.3 steals per game.

She has ascended into one of Canada’s best high school players. She has also helped her team, Capital Courts, rise to provincial prominence after struggling last year with a 8-10 record. 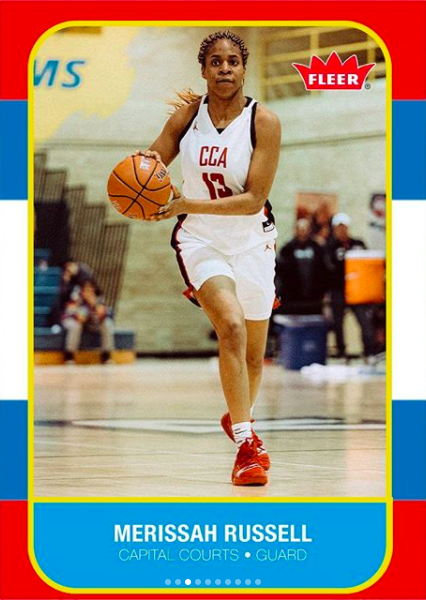 “We only had eight players on our roster,” explained Merissah. “We had six returning (this year) from those eight players, so we were able to keep that culture and experience and bring it to this season.”

Heading into the OSBA championships this weekend, Capital Courts rank second with a 15-3 record, behind first-ranked Crestwood Prep. Capital Courts are armed with a full roster, added key players and Merissah looks forward to competing against the province’s best.

“The OSBA has helped me develop as a player because it’s so competitive,” said Merissah. “It makes me, as a player, have to raise my level to compete.”

Russell’s inner fire to compete, however, is entirely ignited within.

“This is what she wanted. And she’s willing to put in the work,” says her mother, Natalie. “I’m just trying to get her to stop dribbling on my living room floor.”

Only a lamp or two have been broken so far.

“We don’t force our kids,” says Natalie. “She works extremely hard at what she loves. We’re just kind of there for the ride. I just enjoy watching her go for it. When she sets her mind to it, she’s going for it and it’s just fun to watch that.”

Natalie has spent countless hours chauffeuring her teenage daughter to and from practice and games. She helps Merissah schedule, and keep track of, her homework and basketball commitments. It’s the dedication of parents like Natalie and her husband, Constantine, who help achieve Merissah’s hoop dreams.

Natalie also acknowledges that it’s taken a village to raise the elite basketball player. She credits “a good core of loyal people” like Capital Courts founder Merrick Palmer and Head Coach Fabienne Blizzard who give so much of their time to ensure her daughter thrives.

“I don’t know where she would be if it wasn’t for those guys that are just absolutely committed to her being successful. You can’t do this on your own,” says Natalie.

I just have to drop her off and pick her back up. That’s really what we do. We just drive,” laughed Natalie, underplaying her own pivotal role from the sidelines.

With the support of her family and coaches, Merissah will continue to protect and defend her reputation as the 2018-19 OSBA MVP in the Final 8 playoffs March 7-10th at Ryerson.

Having also been the youngest player on Canada’s 2018 Commonwealth games roster, Merissah seems destined for the WNBA. But the reality of being a professional female basketball player is a real grind, as the majority of the league have second jobs overseas.

Merissah remains confident of tackling the challenges ahead. “I know the work I’ve put in, so I’m proud of myself,” said Merissah. It is precisely her self-motivation, her inner drive - the rare ability for a teenager to lock into her SAT prep on her birthday weekend - which will help her thrive at the NCAA and professional level.

CTA: Catch Merissah (@MerissahRuss) and her Capital Courts play against TRC Academy this Thursday, March 4th in the OSBA quarter-final match. All games will be played at Ryerson’s Mattamy Athletic Centre from Thursday through to Sunday and streamed live on OSBATV. 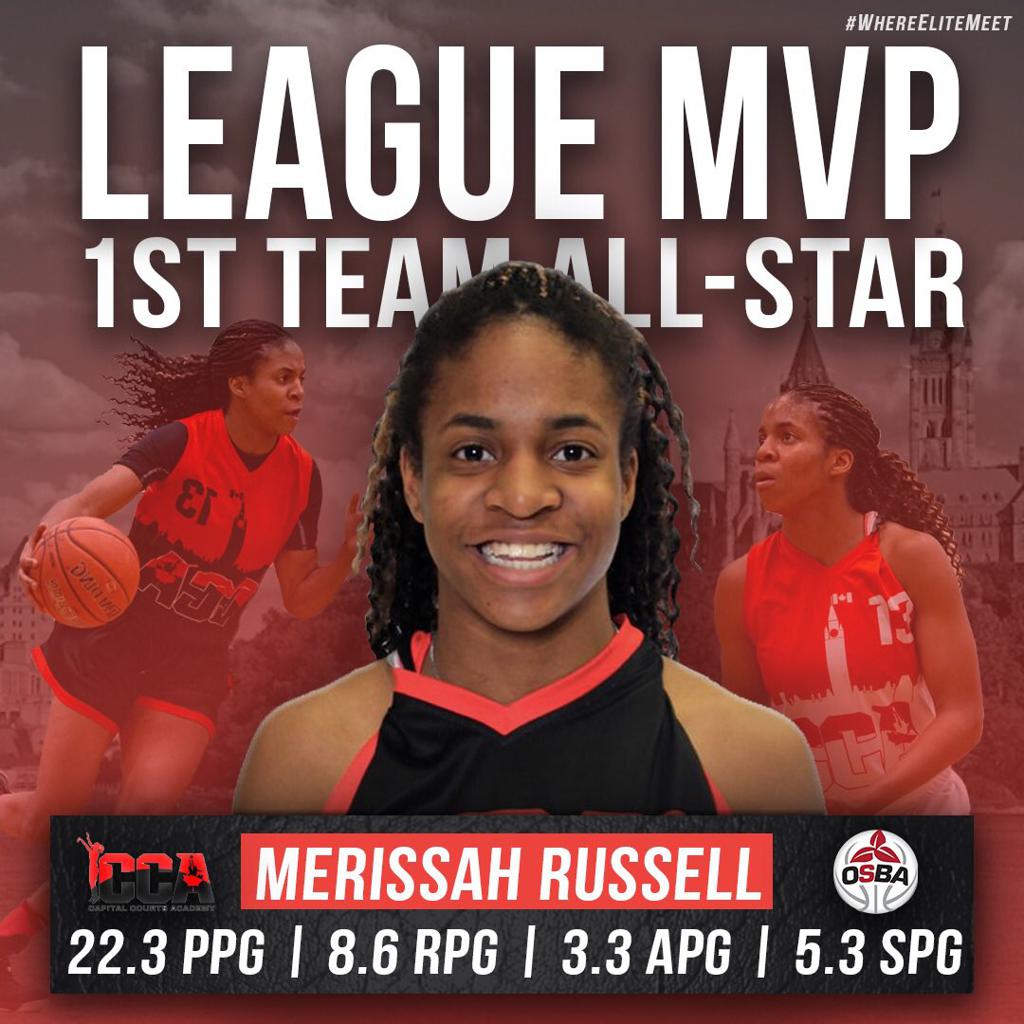