Caledon Basketball Academy guard Andrea Dodig was recently awarded the 2018 Hazel Miner Award by Ontario Basketball in recognition for her standout performance with Team Ontario this past summer.

The annual award is presented to a female athlete from the U17 Team Ontario program who upholds the finest qualities of sport in her pursuit of athletic excellence.

Dodig was an instrumental part of the U17 Girls gold medal win at the 2018 Canada Basketball National Championships in New Brunswick. Dodig averaged 8.2 points per game, 2.2 assists per game, and finished second in the tournament in steals, averaging 3.0 steals per game. Team Ontario head coach Fabienne Blizzard spoke highly of the Bolton native for her efforts with the provincial team.

“Andrea demonstrated great leadership and communication skills, and she was the perfect teammate who ensured that we were inclusive and connected on and off the court. She has an amazing work ethic and she is incredibly deserving of this award.”

Dodig also garnered recognition at Nationals as she was named a First Team All-Star.

Dodig joins a long list of accomplished Hazel Miner Award winners, including WNBA standout, Kia Nurse, who won the award back to back in 2010 and 2011. 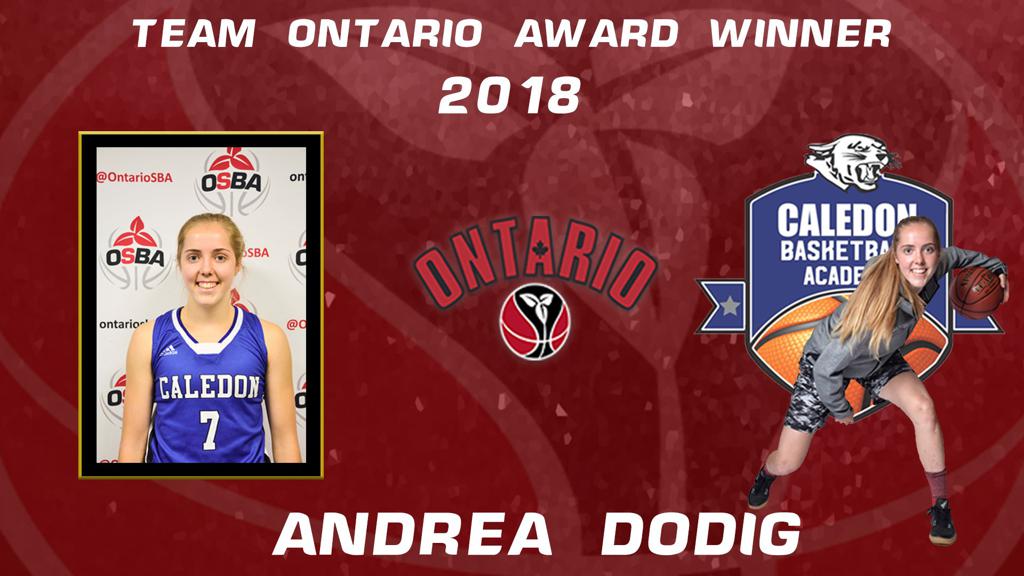