1. The Central Tech Blue are entering their inaugural season in the OSBA, and are ready to take their basketball program to the next level.

2. The downtown Toronto basketball program will bring lots of excitement to the league with their dynamic roster as well as their loud and proud home-court crowd.

3. The Blues are sure to make an immediate impact on the OSBA with talents such as Kalyem Liburd-Mullings, Nas Roberts, Jamal Fuller, Jonathan Rivera and Enrique Rodriguez (Just to name a few).

Kalyem Liburd-Mullings is known as a hard-nosed defender that can not only fill up the score sheet, but can distribute the ball, make plays and make his teammates better. Liburd-Mullings is a newcomer to the Blues this season, and will be one of the leaders on and off the floor.

Nas Roberts is entering his final year with the Blues, and expected to be significant contributor for the newest team in the OSBA. Roberts is a dominant rebounder, lock-down defender, and possesses incredible athleticism. Look for this 6'3'' guard to have a breakout year and turn a few heads.

The Central Tech Blues enter their first year with the confidence that they can be legitimate contenders in the OSBA. The downtown Toronto team plays a fierce, upbeat and gritty style that they will need to display every game in the highest level of high school basketball in the province. The Blues have a talented roster with newcomer Jamal Fuller who is a handful on both ends of the court, 6’8’’ Forward Jonathan Rivera who has a high motor as well as Jacob Masters, Malachi Davis and Enrique Rodriguez  who provide a toughness and quickness at the guard position. Look for the Blues to have an exceptional inaugural season, and become a top-tier program for years to come. 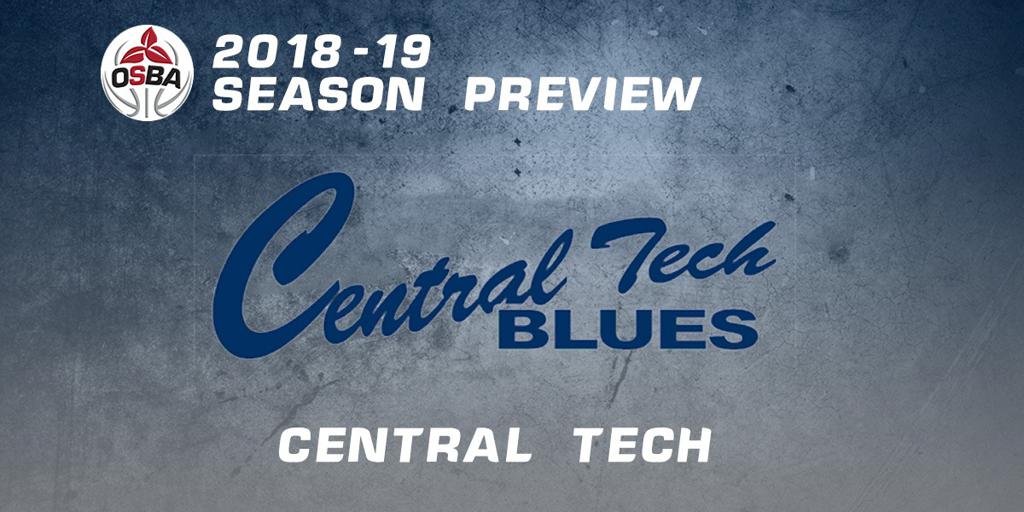