1. The Crestwood Lions are entering their inaugural season in the OSBA, and are one of five new teams joining Ontario Basketball's rapidly growing prep league.

2. The Lions will rely heavily on their bench for production this season, and believe they will have one of the deepest teams in the league.

3. Crestwood has versatile lineup with several players that can defend multiple positions, and can handle the ball to start their fast-break.

Shayeann Day-Wilson is a dynamic point guard who can dominate the game with her scoring and ability to set up her teammates. Day-Wilson provides leadership, and will be critical for the Lions in their first season in a deep women’s division.

Latasha Lattimore is a 6’5’’ athlete who can run the floor, and finish just about anything in transition. In the half court, Lattimore is a force in the paint for the Lions, blocking, altering shots and grabbing rebounds in traffic. She will be relied on heavily to anchor the defence and be one of the players to watch this season in the OSBA.

The Crestwood Lions are entering their inaugural season in the OSBA and looking to make an immediate statement on the league. The Lions believe they have one of the deepest benches that can provide production from multiple players on a nightly basis. The team from North York has a versatile roster with a lot of quality that will surprise a lot of teams this season. Crestwood is an excellent addition to the OSBA, and has built a solid foundation for their program to be part of the highest level of high school basketball in Canada. 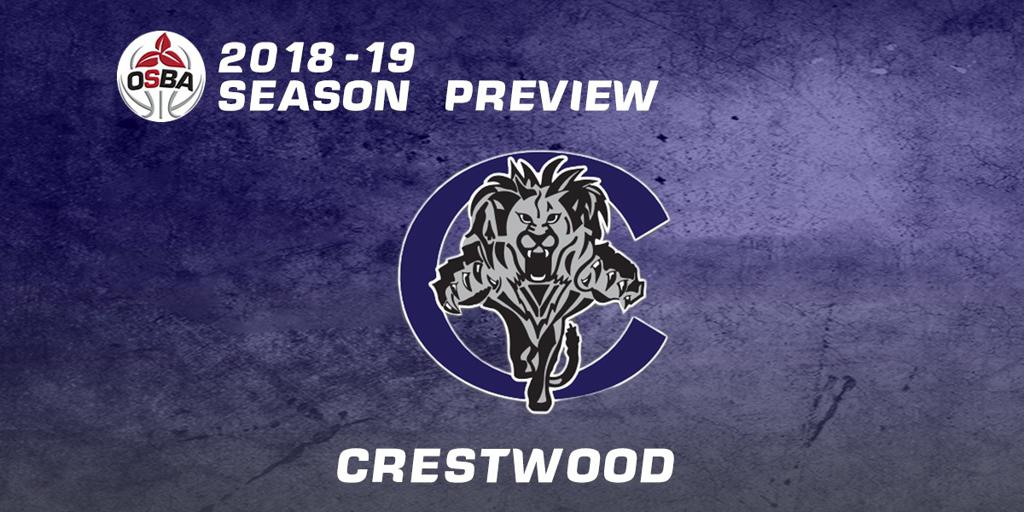