2. Now in their third year in the league, King’s Christian has high expectations to keep progressing as their core players are now entering their senior years.

3. King's aspires to play an unselfish style of basketball with a heavy emphasis on ball movement to find the best shot available.

MEN ON THE SPOTS

Luka Sakota is the floor general for King’s Christian running the offensive sets. The crafty point guard provides leadership for a maturing squad as well as the ability to score from anywhere on the floor.

Coleman Stucke has established him as one of the standout shooters in Canada. The sharpshooter has the ability to get hot from the perimeter quick, and also can take his defender off the dribble. Stucke will be one of the players to watch in the OSBA this season.

King’s Christian are entering their third year in the OSBA, and ready to show the rest of the province that they are legitimate contenders. The core of the team that entered the league as young Grade 10s are now seniors and have high expectations for the upcoming season. King’s Christian will focus on their strengths of unselfish team basketball, while being physical and gritty on the defensive end. The maturing team will need to dramatically improve their rebounding (11th in the league) to generate more possessions. King’s Christian should be highly competitive in the 2018-19 campaign, and could be one of the dark horses come playoff time. 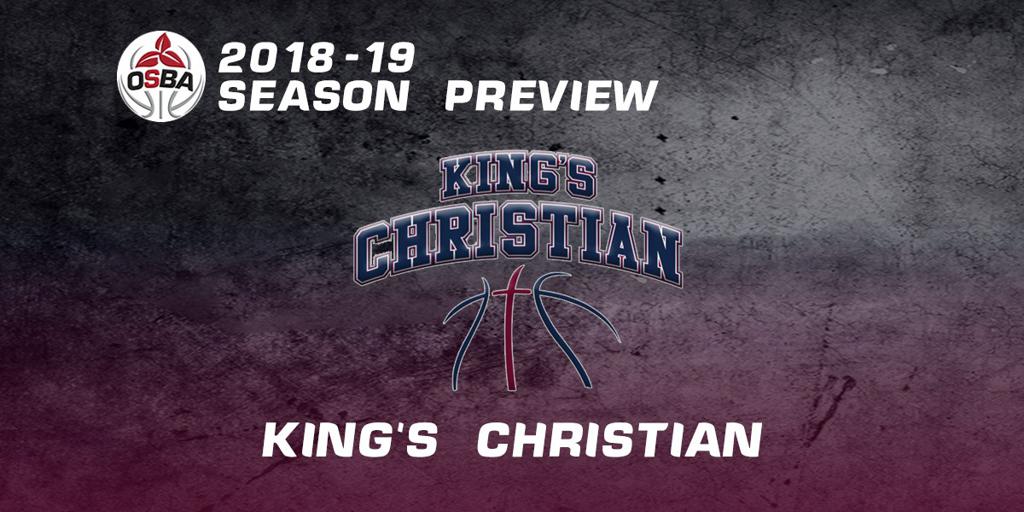