1. Fifth-seeded Ridley College made it all the way to the OSBA Finals last season, where they lost a heartbreaker against TRC Academy 74-72.

2. Ridley finished the regular season with a record of 10-6 (win-loss) last year.

3. The Tigers are focused on developing throughout the season, and playing their best team basketball going into the playoffs.

Jaden Bediakio is a 6’11’’ dominant centre for the Tiger’s defence that anchored Team Canada this summer at the FIBA Americas U18 Championship. Bediakio is last line of defence and his ability to grab rebounds in traffic as well as block shots makes him one of the most feared big men in the OSBA.

Noah Wharton is the explosive point guard for the Tigers, he provides leadership on both ends of the floor and looks to lead Ridley to another finals appearance.

Ridley goes into the year looking to prove that last season’s deep playoff run was no fluke. The Tigers should have a better regular season record gaining valuable experience and knowing what it takes to compete with the best teams in the province. Ridley will be highly motivated after coming so close to winning the title, and should be one of the top-tier teams in the league led by veterans Bediakio and Wharton. 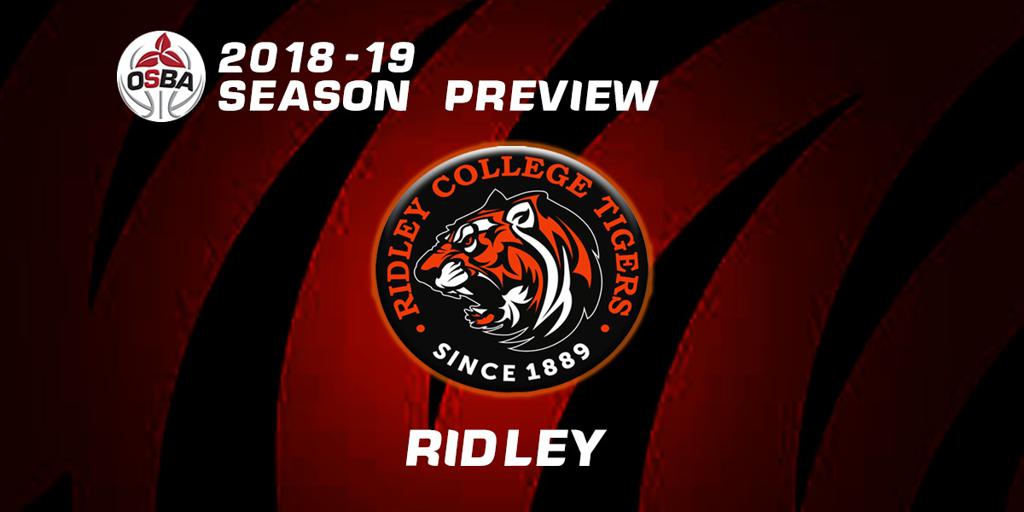