1. RISE Prep finished in third place with a regular season record of  12-4 (win-loss) in the OSBA last year.

2. The Wolfpack are looking to make a deep playoff run this year, after suffering a tough opening round loss to Ridley College in the 2017 post-season.

3. There are a few new faces on the RISE Prep roster this season including 2018 BioSteel All-Canadian Miguel Tomley, who is one of the top shooters in Canada.

Miguel Tomley is a 6’3” guard who is considered one of the top perimeter shooters in the country. Tomley was named a 2018 BioSteel All-Canadian and verbally committed to the University of Santa Clara.

Josh Noton is a 6’3” guard that brings a level of leadership and experience to the RISE Prep program. Noton is a scoring point guard with the ability to lockdown defensively and known for coming up big in clutch moments.

RISE Prep has one of the most dangerous lineups in the league with the additions of elite talent coming into the program for the 2018-19 campaign. Coach Kayeye will have a plenty of options with one of the best shooters in Canada in Tomley, 2018 OSBA second team all-star Rahmir Moore and 6’9’’ defensive anchor Asare Otchere. The Wolfpack have a veteran squad capable of being a serious contender for the 2018 OSBA title. Look for RISE Prep to be one of the top tier teams again and make a deep run for the championship. 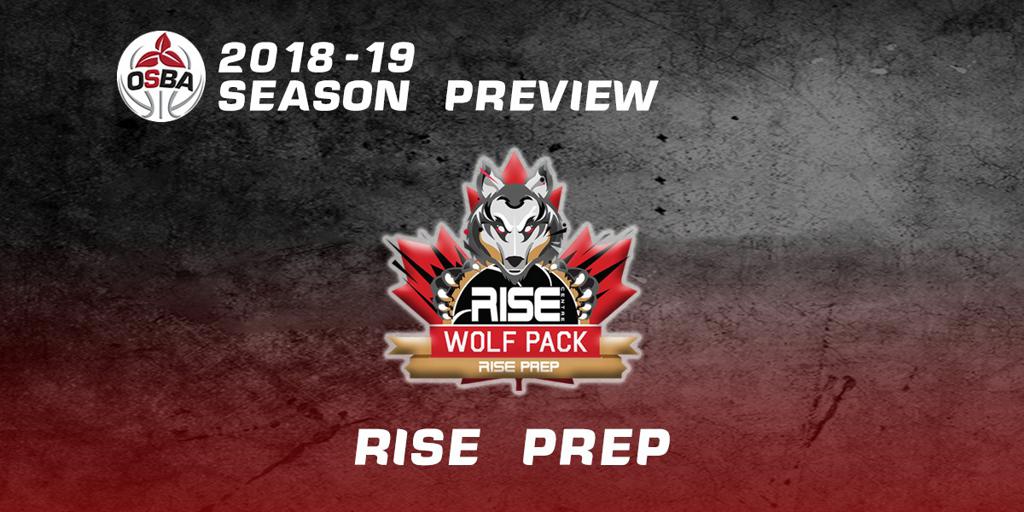