1. Durham Elite finished with a regular season record of 13-5 (win-loss), and were tied for the third best overall record in the OSBA.

2. The Elite plan on being playoff contenders again this year despite losing some of last season's key contributors to graduation and transfers.

3. Durham will need their new and returning players to step into bigger roles this season to compete in a deep women’s division which includes five new teams.

Raphaela Toussaint is a strong athletic forward who using her body and speed to her advantage on the court. Last season, Toussaint was primarily coming off the bench to provide a spark for the Elite, however she will most likely see more minutes as a starter this year.

Jada Poon Tip is back with the Elite after her stint with IMG Prep school in Florida. Poon Tip has good size on the wing, and provides an outside threat with her long-range perimeter shooting. She will need to be reliable from beyond with arc, as well as be a leader for the new-look Durham squad.

Despite losing key players to graduation and transfer, the Elite are optimistic that they can replicate their success from last season. Durham fully intends to finish in the top eight again and surprise a few teams in the 2018-19 campaign with their new roster. For the Elite to be successful this season, they will need returning players to take on a bigger roles as well as the new recruits to make an immediate impact on the court. The squad from Durham could be a  popular upset pick come playoff time in the 2018-19 OSBA season. 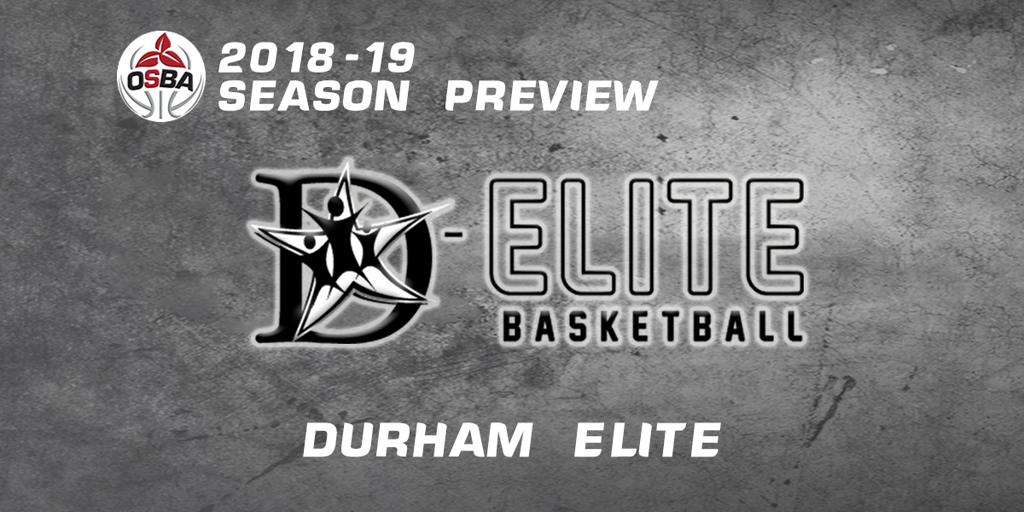