1. Last Season, Vaughan finished fifth in the standings with a record of 9-7 (win-loss), but fell in the opening round on the playoffs.

2. Coach Gymnopoulos has a versatile roster that is capable of adapting to multiple playing styles . The coaching staff  wants Vaughan's players to get comfortable expanding their game and stepping outside of their comfort zone.

3. Vaughan is focused on improving every day as a team and playing their best basketball going into the post-season. After a tough loss to Athlete Institute last year in the opening round, Vaughan is looking to make a deep playoff run for the 2018-19 OSBA title.

Wazir Latiff was the team's leading scorer last season as well as the vocal leader in the locker room. Latiff is known for his lethal outside shooting, and ability to score in bunches. Look for 6’3” guard to elevate his game to another level this season.

Ryan Brooks is an old-school tough competitor who isn’t afraid to mix it up with his opponents down low. Brooks has added several elements to his game over the summer that will take the squad to new heights.

Vaughan S.S. Prep goes into the upcoming season with high expectations to become a legitimate contender in the OSBA. The team will need to improve in multiple statistical categories to compete with the elite teams in the league. Most notably, defence; Vaughan ranked in the bottom third of the league in blocks, steals and sat in the middle of the pack in rebounding. The 2018-19 squad is more than capable of improving defensively which will help their offence by leading to easier looks at the basket. Vaughan S.S. Prep should be much improved this season on both ends of the court especially with key returning players on their roster. 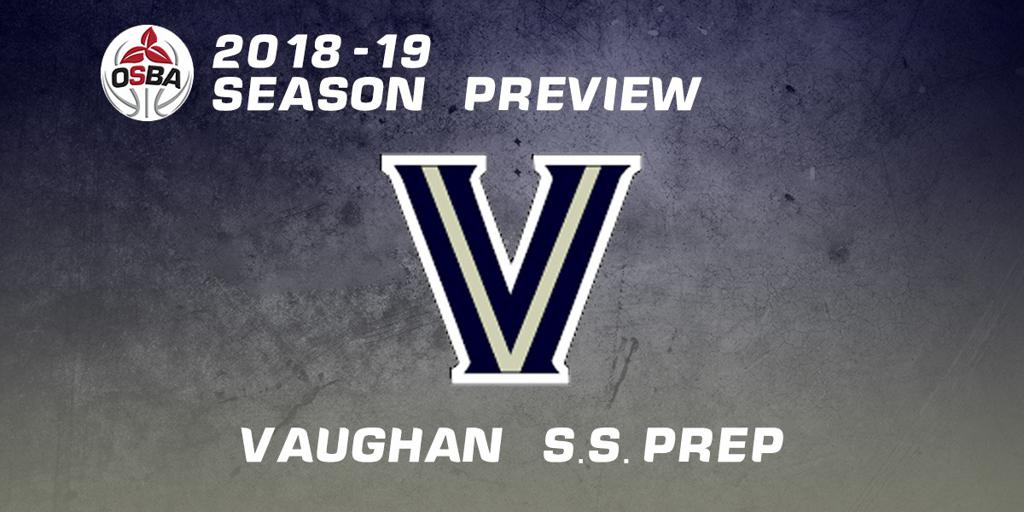