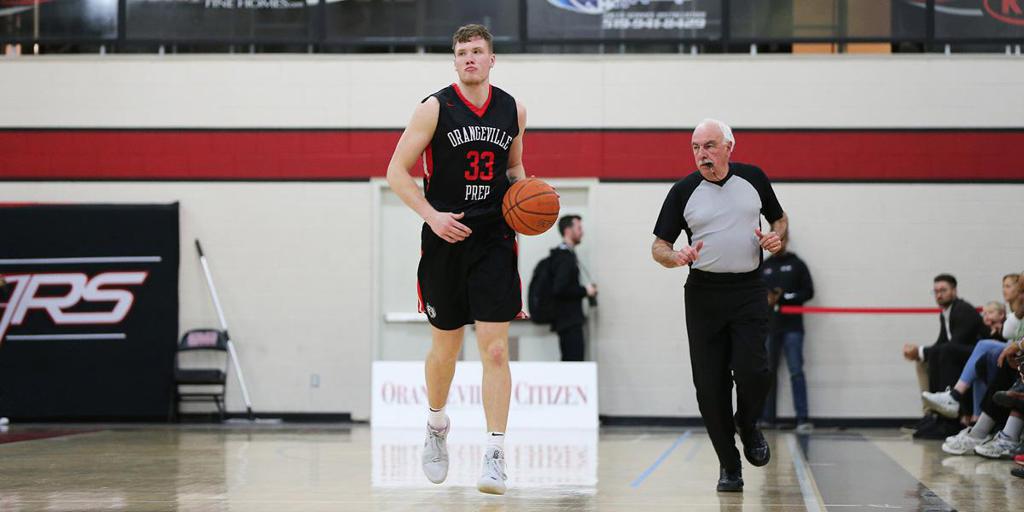 The second quarter began with the very quick pace that the first one ended with, as Orangeville continued to hang in tough with their rivals. 6’8” guard/forward Ignas Brazdeikis got himself going in the quarter with a couple of aggressive drives inside and getting to the free throw line while scoring 22 points in the quarter. Rautins continued to show that he was not afraid to throw his shot up from just about anywhere as Athlete Institute continued to be aggressive from beyond the arc. 5’11” guard Shemar Rathan-Mayes (Class of 2020) came in off the bench and provided some solid depth with 7 points and contributed with some solid defence as well. Dort continued his solid contributions for Athlete Institute with 12 more points in the second frame. After two quarters of fast-paced action, Orangeville Prep went into halftime with a 59-54 lead.

The third quarter began with a 7-0 run for Orangeville led by their two offensive pillars in Brazdeikis and Saunders, and just like this game has been going, Athlete Institute came back with a 6-0 run of their own. The third quarter continued to pick up the pace with things getting a little chippy between the two rivals. Dort continued to show off his incredible athleticism as he threw down a free-throw line dunk on a transition opportunity for Athlete Institute late in the quarter. The very quick and exciting quarter came to an end with a buzzer beating three-pointer from 6’7” forward Jevonnie Scott (Class of 2019) and after three, Orangeville held an 88-83 lead.

Heading into the 4th quarter with Brazdeikis and Saunders combining for 68 points, fatigue and mental mistakes made their way into the game with a few turnovers by both teams along with a number of shots falling short. Orangeville went on an 8-0 run with two three-pointers from Saunders to give him 40 points for the game. A lot of fouls were called as the 4th quarter was winding down as the referees were tightening the screws on the game a little bit. An excellent game by Brazdeikis and Saunders, combining for 77 points in a 116-102 victory for Orangeville Prep.