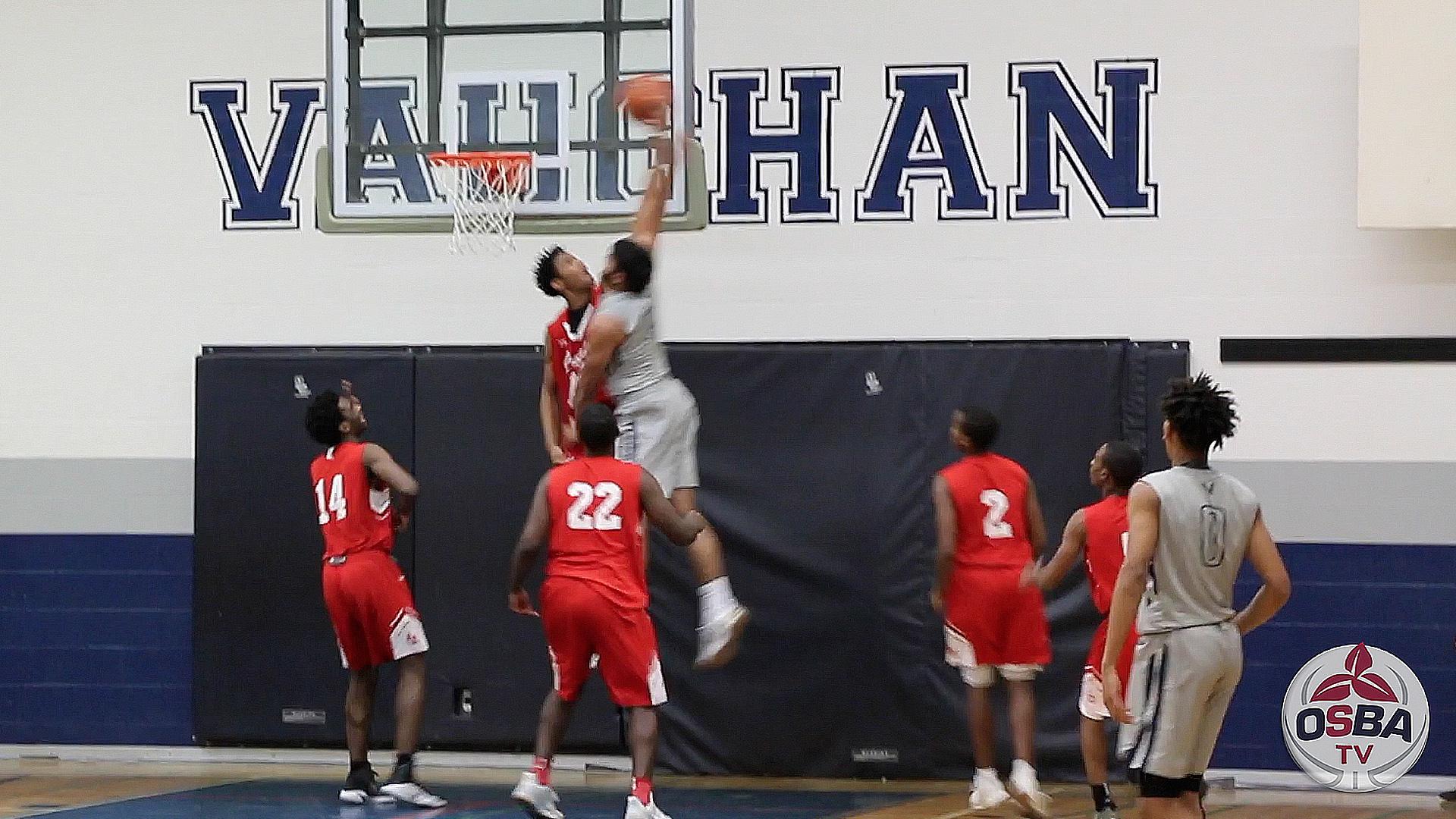 VAUGHAN, ON - Entering tonight's matchup, both the Vaughan S.S Prep Voyagers and the Bill Crothers Colts were looking to gain momentum and turn their early season struggles around. The Vaughan-Markham rivalry matchup lived up to the hype. Both teams showed early signs of not backing down without a fight. Bill Crothers came out of the gates with an 11-4 lead in the opening minutes of the game, before Vaughan S.S Prep quickly responded with a run of their own; sparked by a ferocious baseline dunk by 6’8 F (class of 2018) Jas Sangha.

During the 1st half, Vaughan fed off of a combination of their ruckus crowd, gritty team defense and ability to finish in the paint. It looked as though they may pull away, however, Bill Crothers would respond to every run with their strong 3-point shooting performance. The Colts hit seven of their season-high 20 total 3-pointers in the first half, giving them a one-point lead going into the third quarter. The Colts’ 6’6 SF (class of 2020) Paris Shand was a major catalyst in the team’s ability to both respond to the Voyagers early runs as well as creating momentum for his team, by taking a total of three charges, rebounding the ball on both ends of the floor, and getting to the free-throw line.

The Voyagers had a balanced attack early in the second half, capitalizing on all of Bill Crothers’ turnovers in transition and putting the pressure on the Colts to make a run of their own. The Colts did just that, 6’0 G (class of 2018) Juwan Beckford put on a 3-point clinic, as he hit five of his game-high seven 3-pointers including three in a row from downtown in the last four minutes of the 3rd quarter. It was no surprise that the 3rd quarter ended the same way the 1st and 2nd quarters did. Another one-point advantage for the Vaughan Voyagers heading into the 4th let everyone know that this game was set up for a great finish.

Although Vaughan S.S Prep had all the momentum early in the 4th quarter where both 6’6 F Ryan Brooks (class of 2018) and 6’3 PG Taryn Todd (class of 2019) had huge impacts on both ends of the floor, the Colts answered all the Voyagers runs by continuing to shoot the lights out from three. Although it looked like Vaughan S.S Prep would pull away after going on a 10-3 run late in the 4th quarter, Bill Crothers hit a pair of back to back 3-pointers making it a one possession game with seven seconds remaining. Crothers' 6’1 PG Khalid Long (class of 2020) continued to dominate on the offensive end, scoring six of his game-high 28 points on a pair of vital 3-pointers for Crothers. But it was 6’3 PG Wazir Latiff (class of 2019) who stood out in the 4th quarter where he scored 11 of his team-high 22 points towards the end of the quarter including two clutch free-throws which helped the Voyagers secure their first win of the season at home.