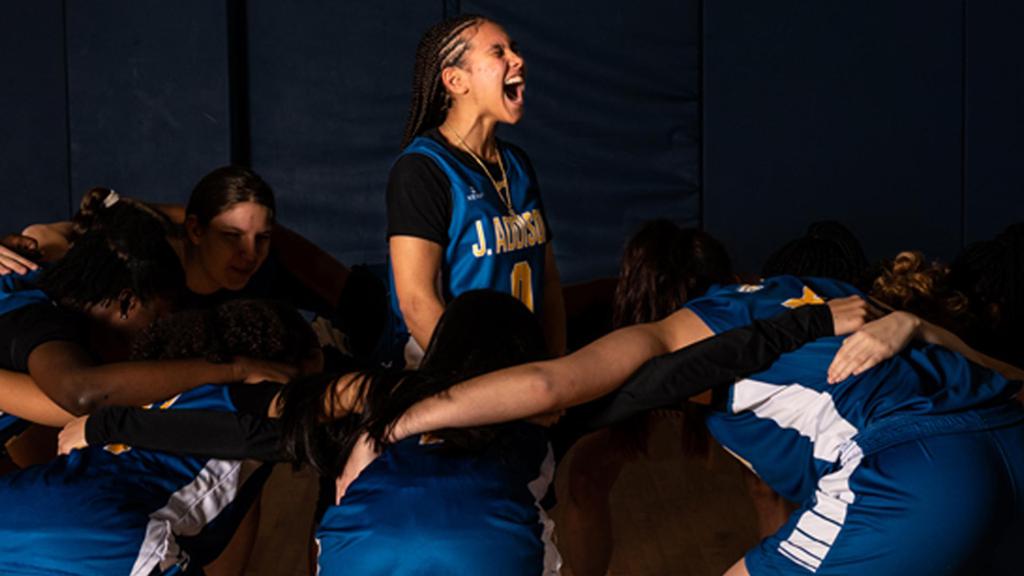 The Ontario Scholastic Basketball Association is pleased to announce the integration of a new program to the men’s and women’s divisions with the arrival of J. Addison Prep.

Student-athletes enrolled to play for J. Addison are supported in the classroom through the J. Addison School in Markham as well as by The Health Institute (THI) in Scarborough for strength and conditioning led by Dr. Joel Kerr.

Welcoming a program that puts the same emphasis on gender equity as the OSBA was a significant factor in bringing them into the league as a two-team program.

“First, we would like to thank the OSBA committee for approving our application as we are very excited to be a part of the OSBA family,” said program director Christopher Francis. “We are looking forward to playing against the top competition in the province and believe the OSBA will better prepare our athletes for post-secondary.”

Francis doubles as the head coach of the women’s team and has coached as an OCAA assistant coach and JUEL coach for six seasons. Joining him on the bench are assistant coaches Gordon Laffin, Jelani Matthews, and Director of Basketball Operations Andrew Bergant along with mentor Safiya Dore.

J. Addison’s women’s program has been established for three years, already having sent seven players to the NCAA and more to USports.

Last season, they added a men’s program that competed in, and won, the OSBA Challenge Series, as well as the highly regarded Pinky Lewis Invitational tournament.

Men’s head coach Chris Smalling has been an OCAA men’s head coach and is the founder of Advantage Titans. With assistant coaches Candley Lawson, Tony Jackson, and Jelani Matthews joining him on the bench they have strong leadership in coaching roles.

“As a program, we focus on building character and holding athletes accountable with their actions in the classroom, in society and on the court,” said J. Addison in their program application.

As part of their commitment to high performance athletics and elite development, J. Addison plans to offer monthly “Train Your Brain” mental health courses along with their strength and conditioning workouts at THI.

Now part of the OSBA with top-level basketball teams traveling through their gym and elite young student-athletes walking the halls of J. Addison School, the culture of the student body, including dorms for international students, will be filled with excitement for prep basketball.

The basketball community can expect to see some high-profile hoops when this season is safe to resume and the OSBA is excited for the elevated level of competition.