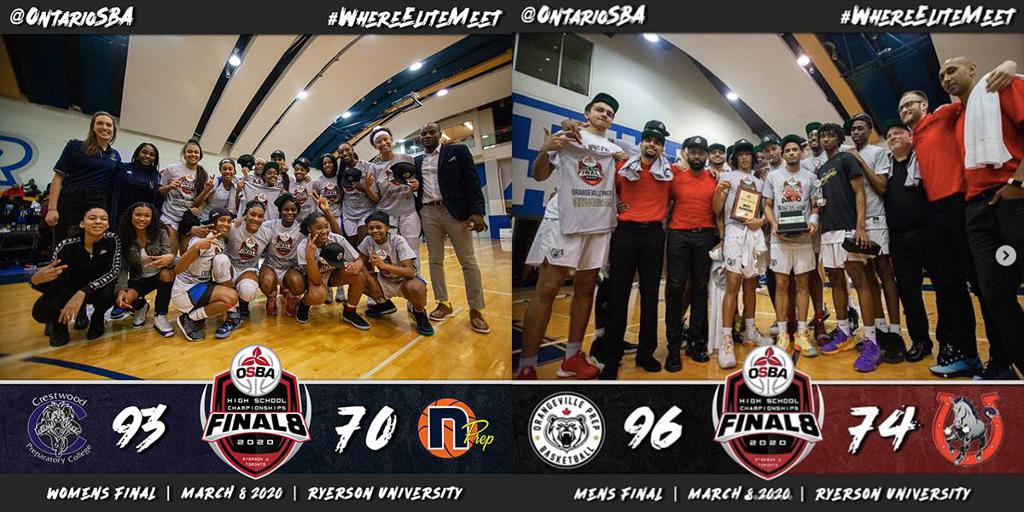 TORONTO - The OSBA Final 8: High School Championships concluded at Ryerson University on March 8, 2020 with the crowning of Champions.

On the Women's bracket it was the Crestwood Prep Lions who completed the back-to-back run with a  93-70 win over Niagara Prep in the Finals.

Crestwood was led by UCONN-commit Aaliyah Edwards who turned in 32 points and 18 rebounds in her Finals MVP performance.

"For seven of us it's our last high school game so we're just overjoyed and embracing that moment together was just amazing," said Edwards. "If I could do it and I'm just a little girl from Kingston, Ontario then anyone can do it - you've just got to grind and make the sacrifices and have your group of people you can rely on."

The Men's OSBA Championship was claimed by the Orangeville Prep Bears who completed their undefeated season by taking down Bill Crothers Prep by a score of 96-74.

Orangeville's deep pool of talent was on display with contributions coming from all over the floor and unsung hero Justice Prentice finally getting his due and being recognized as OSBA Finals MVP after recording a 20 point, 6 assist, 4 rebound Championship game.

"It feels great and it's been a long road getting here and I'm just grateful," said Prentice. "It's a blessing knowing that the hard work I'm putting in is paying off and being prepared at the right moments like this there's no greater feeling."

All Final 8 Championship games will be streamed live on OSBA TV.

Get caught up on the season by watching OSBA: All Access on OSBAtv 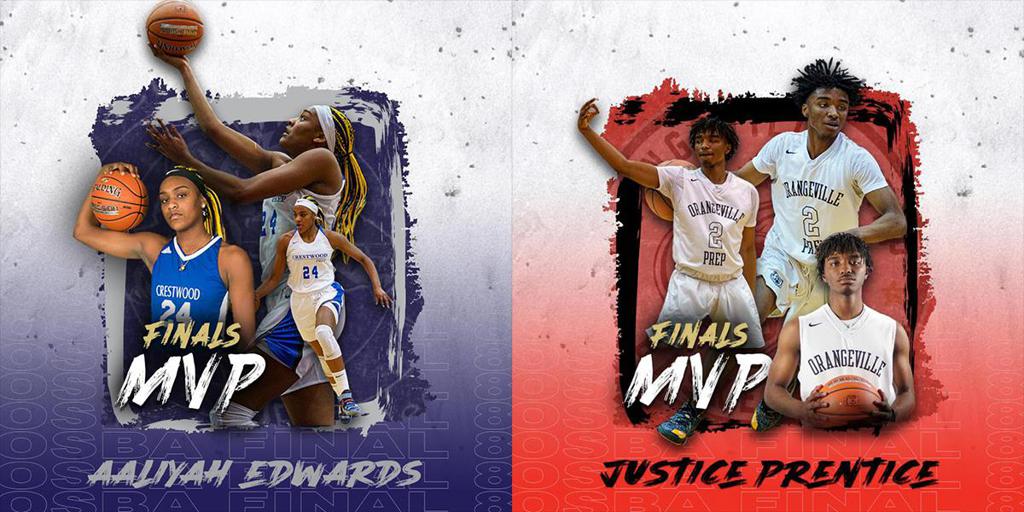