Spotlight On: The Central Tech Trio

Senior leaders Davis, Fuller, and Liburd-Mullings have made a name for Central Tech in the OSBA

The concept of the ‘Big Three’ has been pervasive in the modern basketball landscape, with several groups of elite players combining forces to achieve the ultimate success at the highest level of basketball.

Right in the heart of downtown Toronto, a new big three has emerged as a disruptive force in the OSBA. In only their second season in the league, Central Technical School has skyrocketed to the top of the OSBA East Division, establishing themselves as a top-tier prep program in Ontario and Canada. 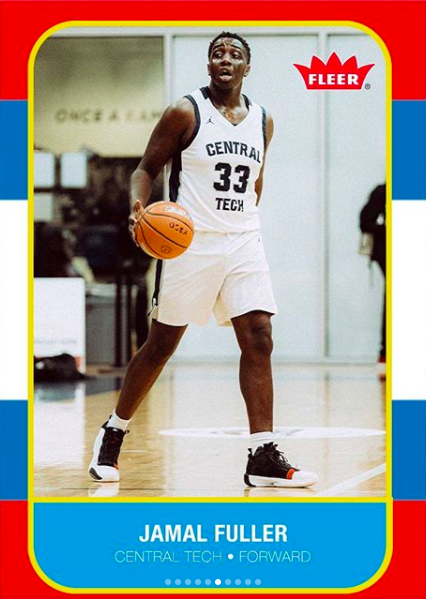 Leading the way for Central Tech is a talented trio of fifth-year seniors and Toronto-natives in Jamal Fuller, Kalyem Liburd-Mullings, and Malachi Davis.

Fuller, a recent commit to Hill College (NJCAA), is a 6’4” combo guard/forward with a unique combination of size and skill that allows him to tear up opposing defenses from both inside and out. A natural scorer, ‘Lay Lay’ currently ranks fourth in the OSBA in points per game with 23.8.

Liburd-Mullings, a 5’10” point guard, is a heart-and-soul type of player that makes the extra-effort plays needed to win close games. He uses his quickness to collapse defenses and hook up his teammates (ranking eighth in the OSBA with 4.4 assists per game) while also possessing great shooting range, with an ability to get his own bucket.

Davis, a 6’3” guard, is Liburd-Mullings’ backcourt running mate and, along with Fuller, sits in the top 10 in league scoring with 21.0 points a game. A natural athlete, his play style draws eyes. Ice running through his veins, Davis is certainly the type of player you want on the floor with the game on the line.

Put the three together and you get box office. They undoubtedly thrive under the spotlight, often playing up to their raucous home fanbase tightly packed in to the Central Tech gymnasium.

In their first season in the OSBA, it was not always high times for the team as they struggled to make the adjustment to a new league, finishing with a 6-13 record.

Head Coach Kevin Jeffers credits his core group of Fuller, Liburd-Mullings, and Davis for the turnaround, explaining “[Last season] We were learning together, we grew together. This year's season is the benefit of us growing together. The nuances of the games, the travel, being prepared for each and every game. First year we had no clue. Now we have a clue and I lean on those guys to make sure that message gets funnelled down.”

Liburd-Mullings added that the trio challenged themselves to take over the OSBA in their senior season.

“One thing we took from last year, because we kind of got beat up, us coming back and being fifth years and seniors, we wanted to be sure that we left a mark. Being the leaders on the team is one thing [Coach Jeffers] preached, that we’ve got to lead this team and teach them what we have to do.”

While each has emerged as a star, perhaps even more importantly they have not done so at the expense of each other or the team as a whole.

Not always an easy task to keep top players on the same page, Jeffers believes the trio’s lengthy history playing together and a buy-in to the program’s core values have allowed them to strike the right balance.

“They’ve been playing together for a long time so they know each other very well. It’s one of the things we say: ‘there’s no one person bigger than the program.’ Not even me. I’ve been preaching that forever. They finally bought into that. Everyone has bought into that.”

The three first came together at People’s Basketball, a club program in the downtown Toronto area overseen by Jeffers.

Liburd-Mullings delved further into the origins of their relationship, explaining “Everyone got together, we started getting some wins, making it a winning program. We tried to bring it over here to Central Tech and that’s really taken off because everyone here is like brothers. We preach brotherhood and everyone plays for each other, that really helps us win big games like this and going forward in our season.”

Fuller added, “Our communication [is the key to success], we’re brothers. Brothers fight but we are always there for each other.”

Davis echoed the importance of brotherhood and family, not only referencing the bond between the three, but the program as a whole, saying “We have a whole group of guys who all have potential. We have that chemistry that makes us fight through.”

While the brotherhood is certainly there, each of the three has a unique path when it comes to their growth as men and basketball players. None of them were ever a lock to make it to this point.

Jeffers reminisced, in particular, about his up-and-down relationship with Fuller, detailing “We kind of butted heads in the beginning when I first met him. It was a ‘storm before the calm’ type of thing. I tried to talk to him after a loss and he had attitude. I said no matter how good he is, he’s a bad character kid. It just so happened that later on in that season we got a conversation going. I wasn’t recruiting him but he said ‘please give me a chance.’ That happened and in two years we changed his life around. He went from not being a great student to being an awesome student and turned himself into a hell of a basketball player.”

They’ve come so far, but this promises to only be the beginning for the three. Their next destination? A run at the OSBA Championship.

“We need to stay focused and stay on pace,” says Liburd-Mullings. “One thing we know about a season is that we can’t have dips at any time. Anyone can be beaten, so staying focused and staying on our high is one thing we really need to do to stay successful and hopefully get that championship.”

“Being seniors, being winners overall, we all want to win at the end of the day and that’s our main focus. Whatever that takes.”

Beware the Big Three from CT.