The floor general leading the Crestwood Lions is Shayeann Day-Wilson

Crestwood Prep is undefeated (again), and the floor general leading the charge is Shayeann Day-Wilson.

Amongst Crestwood’s star-studded lineup with players like Aaliyah Edwards and Latasha Lattimore is the 5’5 point guard from Toronto that is pushing the Lions to the top and beyond.

Her abundance of energy was not alway viewed as a positive, however. In fact, as described in a story from Kelcey Wright of OZY, it would get her continuously kicked out of her dance class at the Falstaff Community Center.

Pushed away from dance, what happened to be right down the hallway? If you guessed a basketball court, you would be correct. This is how Day-Wilson's basketball career began at age 11.

Patrick Shaw is a community recreation programmer at the center and helped steer her in the right direction when it came to basketball and life. Per Wright, Shaw described the focus that basketball has brought into Shayeann's life, explaining “She was a shit-disturber before she found her way, always distracting everyone. She’s not a different kid. She just found the right environment, and she found her purpose.”

The opportunity to play and study at Crestwood also brought new purpose to Day Wilson's life, as she turned her academics from a weakness to a strength. Per Wright, Shayeann said of the move to Crestwood: "That was the turning point of my life. For someone to hand out a scholarship like that just because of my talents, I was like: ‘I better make the most of this.’”

On the court, Shayeann holds the mentality of a point guard and a leader and her push to always keep the team going not only led the Crestwood Lions to an undefeated start this year but also a 17-0 season last year that included an OSBA Championship title run.

It’s all about energy and intensity for Shayeann in her junior season. Her play, along with her teammates, shows that they truly enjoy the game and enjoy playing with each other and battling each night.

“Our chemistry is really good but we could still build some more,” Shayeann says. “We play really well together, we play off our energy. If we see one person killing it we have to match that intensity so we basically go as one person goes. We always go as one individual.”

Despite the team-first approach, she is not short on confidence when it comes to her individual abilities. Having transformed herself into an honour-roll student at Crestwood and earned more than 100 NCAA Division I scholarships, there is no reason not to be.  After dominating the junior girls' and boys' ranks, she has even taken the step up to train with professionals during the summer.

Describing the impact that opportunity had had on her development, Shayeann, per Wright, explained "Playing against some pros in the summer — those women will throw me into the bleachers. They play through all types of calls, and it’s made me become tougher and more physical.”

The star Junior still has a year of high school hoops left but has narrowed her NCAA decision to a Top 12 that includes a who’s-who of women’s college basketball powerhouses all lining up for her services after she’s taken care of business in the OSBA.

When you look at what Crestwood has accomplished, it’s easy to see that Shayeann has bonded with her teammates and that they bring out the best in each other.  Last season during their undefeated run, Shayeann averaged 11.7 points per game, 3.9 rebounds. 5.9 assists and 2.2 steals while shooting 39%, and 30% from beyond the arch.

“It’s very important for my team to keep the same momentum as last year because last year we started off hard and we finished hard.”

With their record this season sitting on top of the Women’s East division in the OSBA, Shayeann will look to keep Crestwood on track for a back-to-back undefeated regular season record and at least as hard a finish as they had last season. 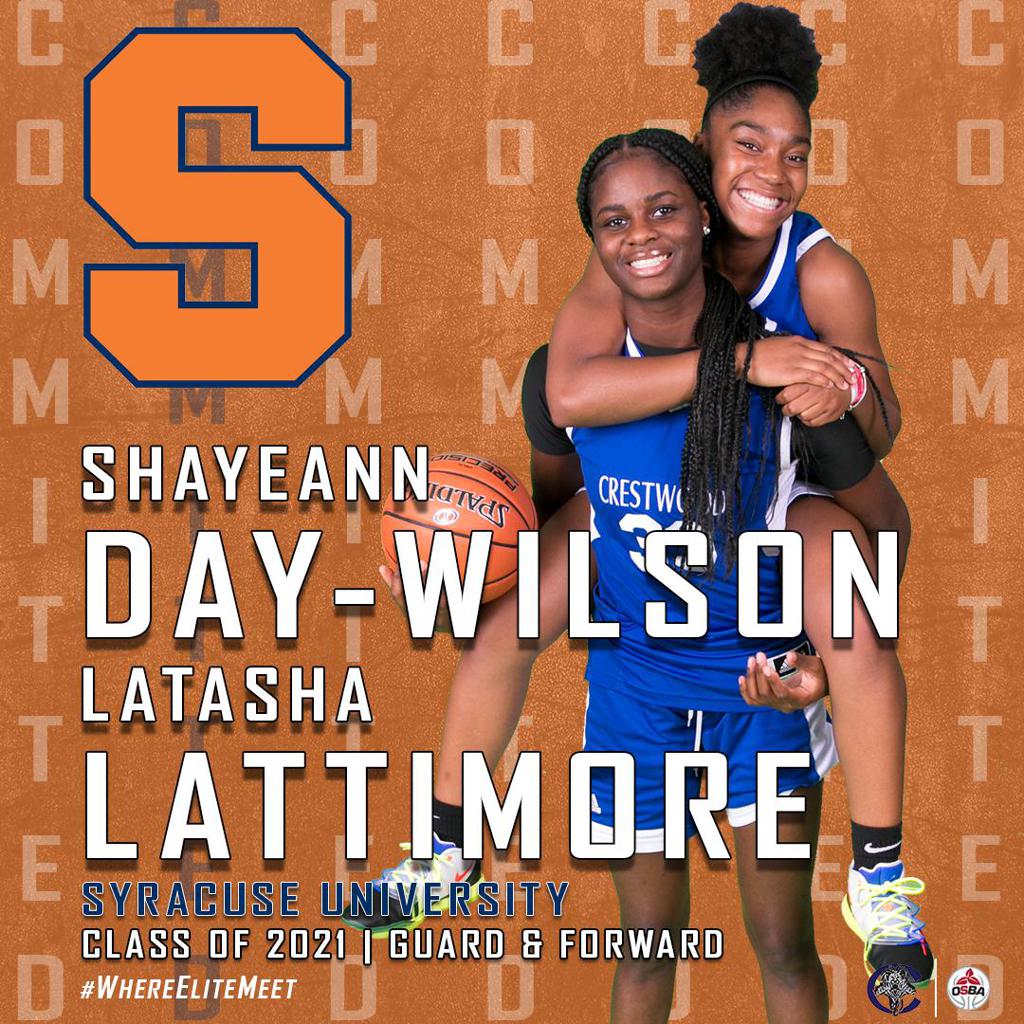