The whole court is his runway and the athletic marvel they call “M.A.” is cleared for takeoff.

The whole court is his runway and the athletic marvel they call “M.A.” is cleared for takeoff.

His eye-popping slams are just part of his expanding game that is opening up in his senior OSBA season both for himself and his teammates.

A fierce interior scorer and all-around defender, MA has become a feature option on a talented Orangeville Prep roster, and a unique inside-out presence in the rotation.

Last season Moncrieffe averaged 18.1 points, 6.4 rebounds, 3.5 assists and 1.3 steals per game on of an impressive 55% from the field including 60% from inside the paint.

Finishing 18-1 last season and 1st in the OSBA after the regular season, Matthew still has his eyes set on growth and improvement after missing a shot at the title with a loss in the Final Four saying, “We just need to build off the assessment of last year, take what we did good and what we did bad and learn from it.”

MA added to his experience with a role representing the red and white on Team Canada’s 2019 U19 Basketball World Cup in Greece where he averaged 3.1 points, 2.6 rebounds and 1.4 assists in 9.5 minutes per game in Canada’s 7th place finish.

“A lot of teams play similar basketball, a lot of teams scout a lot and it’s both very high-level basketball,” says Moncrieffe of the difference between international play and the OSBA. “I’m just looking to use what I learned there.”

Something Matthew did very effectively for Team Canada, and something he does very well in the OSBA, is scoring inside and drawing in defences – so far this OSBA season he’s shooting 69% inside the three-point line.

Matthew is now in his final season with Orangeville Prep, currently leading the group atop the OSBA Men’s West conference with a 6-0 record and rising, rising, rising! 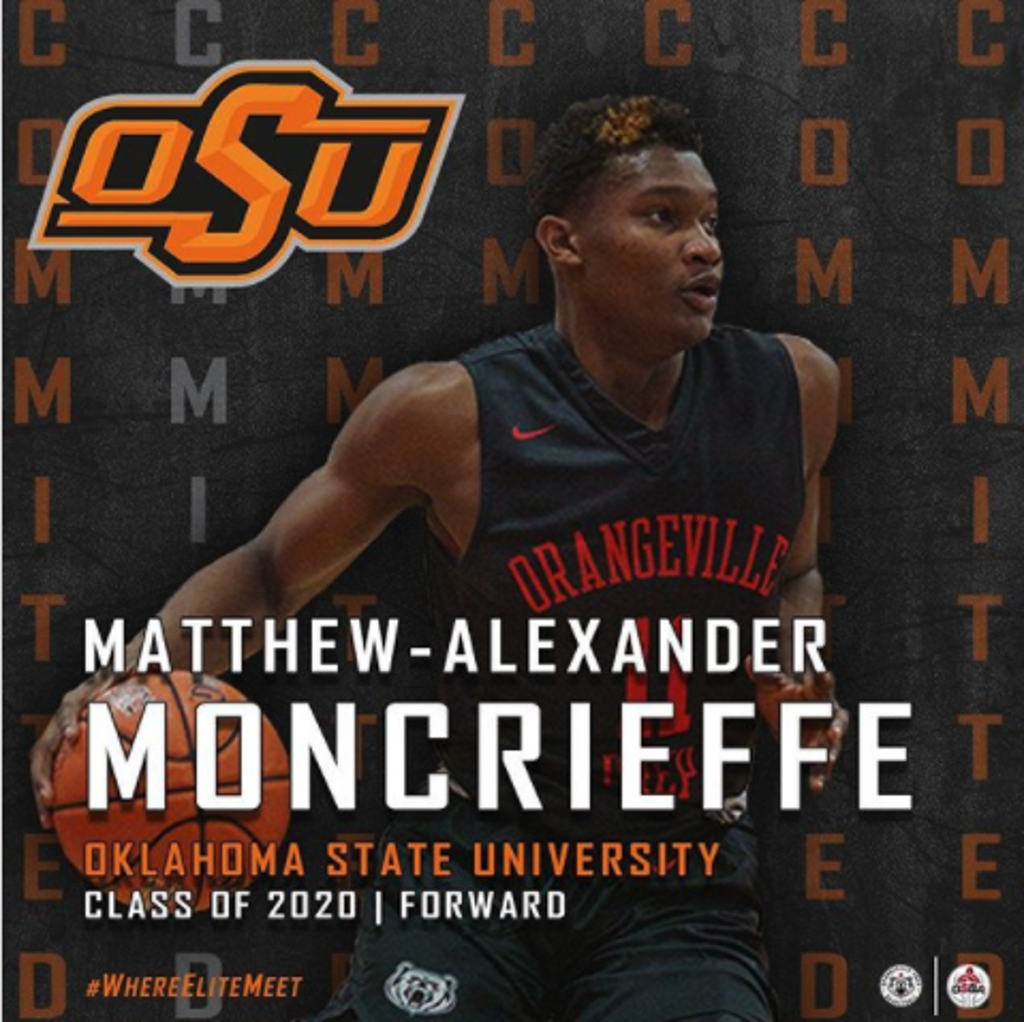