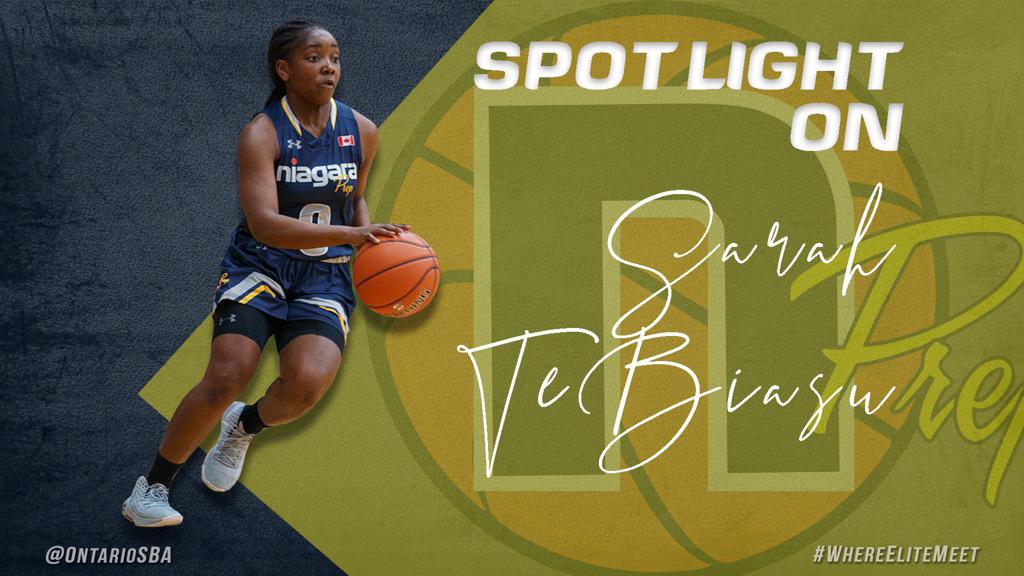 Moving from Montreal to Ontario to play in the OSBA was a leap, but for Sarah Te-Biasu, her style of play translated perfectly.

Now, having established herself among the elites of Canadian prep basketball, the 5’5” guard is playing in her final year with Niagara Prep before setting her sights on the NCAA and the next stage in her basketball career at Virginia Commonwealth University (VCU).

“In the game - just being confident, playing with my team,” is what Sarah attributes her offensive success. “My teammates give me confidence so I just want to be the best player I can be on the court.”

Sarah earned herself an OSBA First Team All-Star nod last season with Niagara due to her stellar offensive play and smart defence.

Simply, she credits a winning mentality for her defensive focus - “playing defence is important because you want to win.” 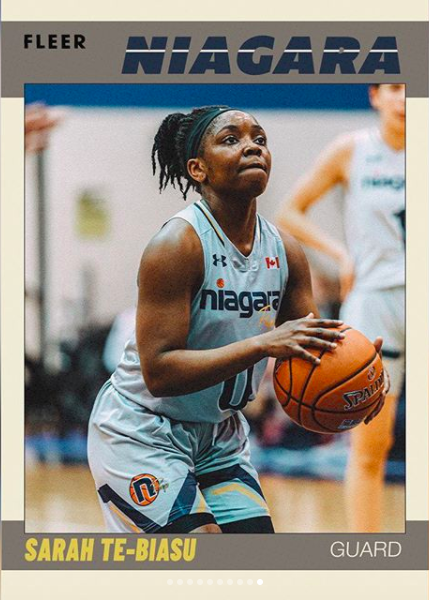 Her winning mentality spreads beyond her individual performance, and into helping her teammates maximize their impact on the game from the point guard position.

“In a game I want to make my teammates better and be the best teammate I can be,” said Te-Biasu. “Making my teammates involved in a game is important to me and also just by playing my game so I can make them better.”

Sarah’s willingness to do what it takes for her team to win, and her skills with and without the ball will translate well to the NCAA and playing with VCU next season.

But first she’s trying to translate all this into an OSBA title. Bonne Chance! 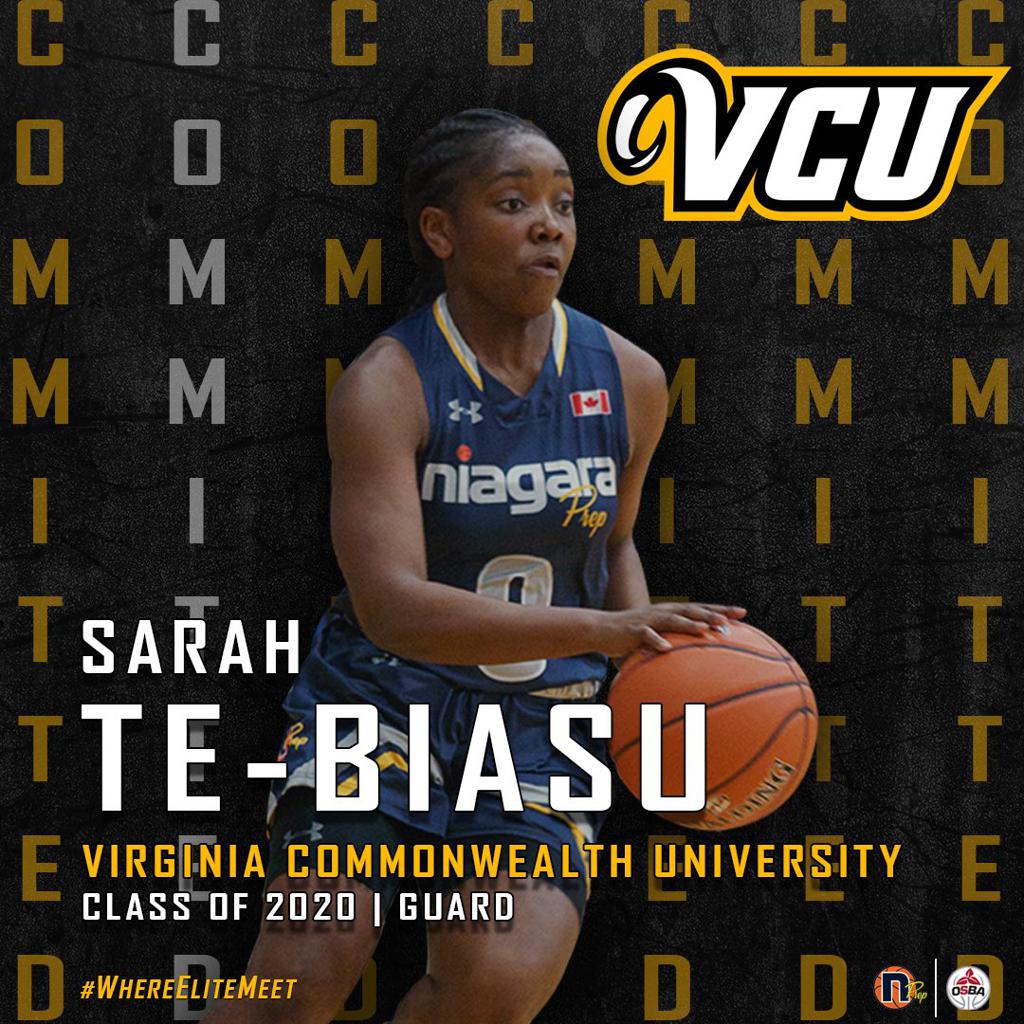