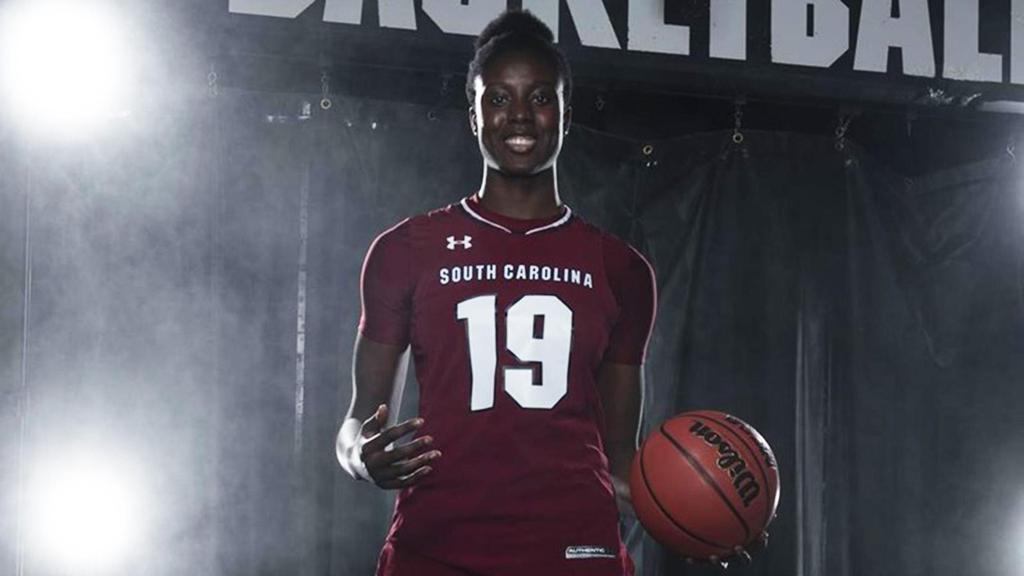 Former OSBA MVP Laeticia Amihere scored a scholarship to South Carolina where she'll take on NCAA competition this season. The OSBA expanded with a women's league in 2016-17 where Amihere was MVP and she later went viral for her in-game dunk heard 'round the world while playing with Team Ontario. Here, she details how the OSBA experience made her into the player she's become.

My experience in the OSBA was very unique.

I remember in grade 8 being at a local French school in Mississauga having to leave school right at 2:30 when the bell rang and sprint my way to the car to drive 45km to Ryerson University in down town Toronto to make my way to my 4:00pm weight-lifting session.

This ride could sometimes range from 45 mins to even 2 hours in rush-hour traffic. Most days I would juggle driving to Brampton and back to Toronto.

To make it work my family and I basically lived in our car attempting to make it around the GTA to make it to practices and training sessions. So the idea of having an OSBA women’s league where student-athletes would be able to train at a high level while staying in a reasonable radius from home became very appealing.

The OSBA allowed me to have everything I needed to be an elite athlete all in one place. This alleviated the stress for my parents, and helped me gage my workload and stay on top of my academics.

In grade 9, I made the transition to King’s Christian Collegiate where my team and I would participate in the “AA” OFSAA senior team. Being a smaller private school with the “AA” designation, we were not awarded the chance to play against the top athletes and teams from the GTA.

With a league like the OSBA I was able to compete every game against the best players across Ontario.

Playing against such talent will inevitably result in growth. Having to only drive 15 minutes in the morning to get to school and having all my practices and training done on-site allowed me to become a better athlete.

The OSBA and OBA has always been a familial organization, and I’ve built many long-lasting relationships with people that have always been there at my disposal. Linh Nguyen, for example, is a major part in the success of the league. Agnes Borg and Mike MacKay have played a huge role in my success in getting me prepped for the highest level.

A huge thanks as well to everyone at the CSIO who continuously helped all the athletes get stronger and better nutritionally and functionally. I would also like to thank Steve Baur and Max Hirst who would drive early in the morning to assist me with my IPP. The staff at King’s Christian has given me a place where I was able to grow on the court and in the classroom. Lastly I would like to thank all those who have helped me during my years in the OSBA, all the behind-the-scenes workers ranging from CB, OBA, and CSIO have tremendously impacted me, and for that I am forever grateful.