If you haven’t heard the name Tyrell Vernon, get used to hearing it for years to come 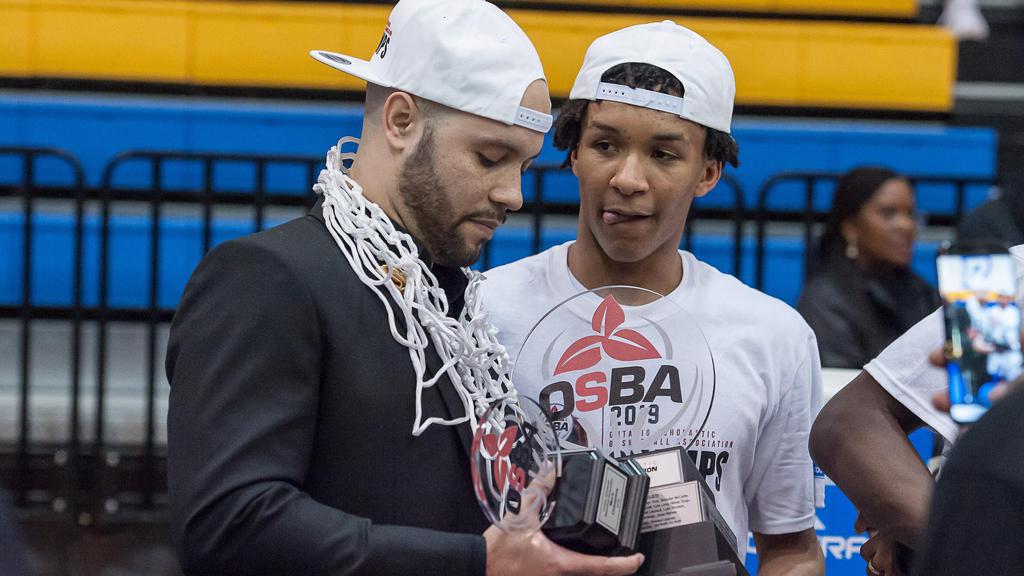 If you haven’t heard the name Tyrell Vernon, get used to hearing it for years to come. The 30-year-old coach is being praised for his success with TRC Academy after leading the Wolfpack to three straight OSBA Finals, capturing back-to-back championships in 2018 and 2019.

Vernon’s successful crossover to coaching comes after years of proving himself on the hardwood for McMaster, St. Francis Xavier, and a pro stint with the Mississauga Power of the NBL Canada.

Along the way he racked up accolades including Adidas High School All-Canadian, and three-time Ontario Basketball Association MVP and Champion. He was named to the OUA All-Rookie team his first year at McMaster, and in his first season with StFX he led the team to third place in the country.

But switching from sneakers to suits wasn’t always as easy as he made it look.

“I think the first year was that transition period,” said Vernon. “Other than that, I think it was smooth. I understood my time playing was over… some guys have trouble with that.”

“Being able to coach and still be on the court and be around the game helped me with that transition, so going into coaching was as smooth as it could be.”

Three successful seasons at TRC weren’t without challenges, especially these past OSBA playoffs. In the first game of the Final 8, Sabry Philip, perhaps TRC’s best player, suffered an horrific injury. TRC could have folded but neither Philip or Vernon would let that happen, rallying the team with encouraging words and winning that contest and advancing to the eventual Finals where they topped Thornlea for the 2019 OSBA Championship.

His legacy in the OSBA cemented, Vernon’s next challenge will be assisting with the men’s and women’s teams at St. Francis Xavier University where he once played. Following the 2021 season he will take over men’s head coaching duties for coach Steve Konchalski as he heads for retirement.

“It’s an amazing opportunity – a great fit,” says Vernon. “Coach Konchalski has been a massive influence from day one. He flew in for that first Finals game against Orangeville and he’s been that main support system for me since day one.”

“I haven’t looked too far ahead. St. F X is my main priority, going in there and building a great roster, great culture and following along with what Coach K has put in there for the last 45 years. At the end of the day my goal is to be an ASU Champion, and a National Champion at the USports level.”

Although Vernon is leaving the OSBA, he had nothing but great things to say about the league.

“I think the OSBA in my opinion, it’s been the best prep high school league in the country, with the D1 talent, the USports talent, with the kids going to post-secondary schools, it’s second to none with our numbers.”

If Tyrell Vernon continues to have the success on the post-secondary level the way he has succeeded in the OSBA, you’ll be hearing the name of the 30-year-old coach a lot more.

Get used to it.