Last season, the Brampton-native suited up for Southwest Academy and led them to a hot 5-1 start on the heels of a five-game winning streak, but in the end the team settled for an 8-11 record on the season.

Kobe had a standout season for Southwest, averaging 28 points per game which was the highest in the OSBA.  When asked what he does to develop his shot to where he is such an efficient scorer, Kobe says it’s “just a lot of reps in the gym and a lot of confidence in my shot and my scoring ability”.  Kobe’s confidence showed as he shot over 50% from the field and 35% from beyond the arch last season.

Now, Kobe transferred to Bill Crothers S.S. to play with a new system and lead them to greater heights starting the 2019-20 campaign with three straight victories over Thornlea, Father Henry Carr and Athlete Institute Black. 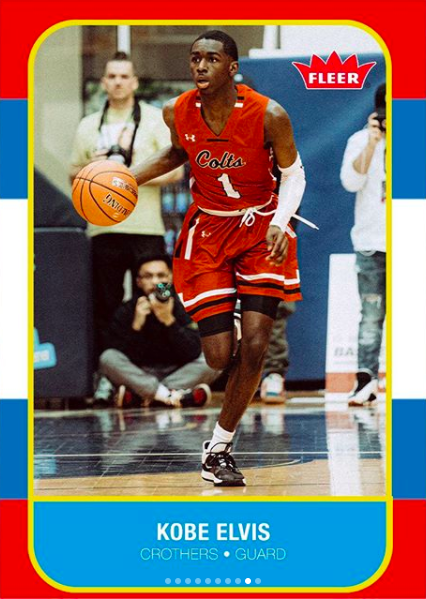 “Super excited to get the season underway with a new group of guys,” Kobe said during the preseason. “Crothers is a great program, great facility, great team, great coaches, lots of leadership with the players and the guys. It’s going to be a really fun season.”

Kobe’s scoring ability was never in question, but his skills at the point guard position made him the driving force of Southwest and now of Bill Crothers. Last season he finished 6th in the OSBA with 4.7 assists per game.

“It’s really important to be fast on the court and make quick decisions on the fly, especially at the point guard spot.  I have to make a lot of quick decisions for my team and just think fast and be an extension of the coach and think on the fly, as he would.”

Despite his efficient, and league-leading scoring, and vision allowing him to see everyone on the court and create opportunities for his teammates, there is a different part of Kobe’s game that he values most - “The part of my game I take the most pride in is my leadership.  I think it’s a really strong asset that I have and my ability to lead the guys on the court is something I would say I’m most proud of.”

Catch the reigning MVP this season with the ball in his hands for the Colts when the game is on the line. He’ll lead them as far as they can go.