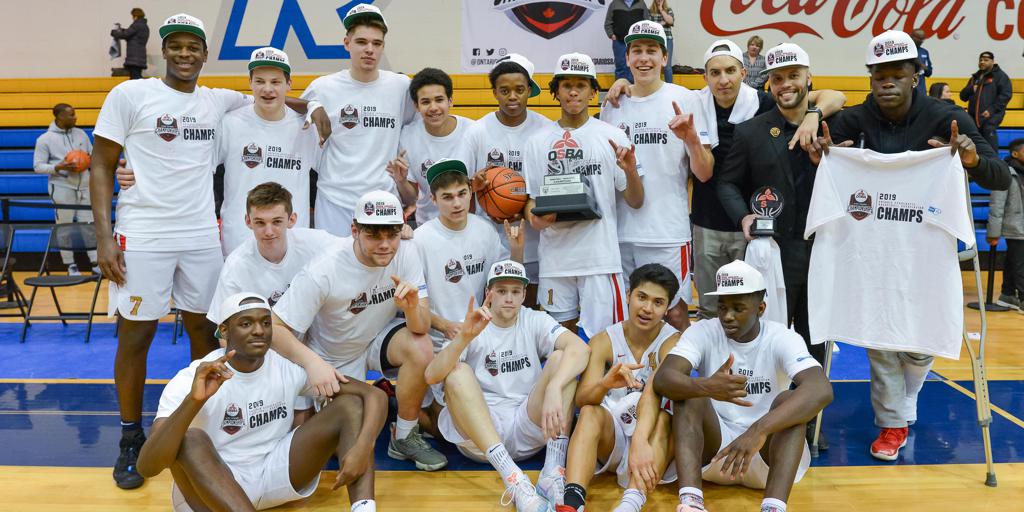 Congratulations to the TRC Wolfpack out of Brantford on their 2019 OSBA prep high school basketball Championship!

The men from TRC accomplished the second of back-to-back OSBA Championships, with a 104-87 win over Thornlea Prep, after entering the Playoffs as the #3rd seed and overcoming Ridley College in the semi-finals and an injury to star guard Sabry Philip in the opening game.

TRC was led by Playoff MVP Avan Nava, heady point guard play of Darius DeAviero, and spot-on shooting of Adam Francolini as well as the leadership of OSBA Coach of the Year Tyrell Vernon.