Semi-Finals for Men and Women tip Saturday, March 9 at Ryerson 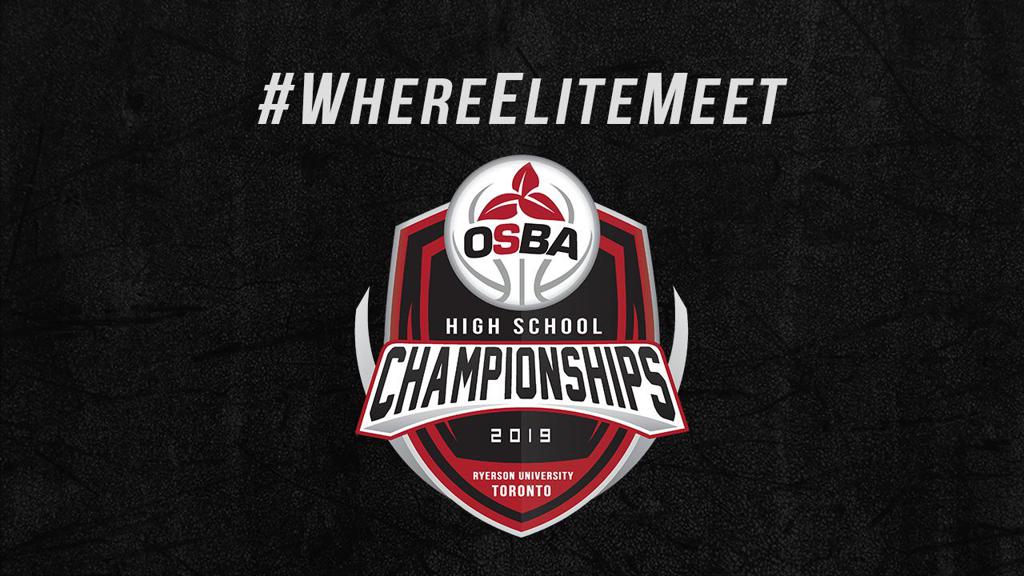 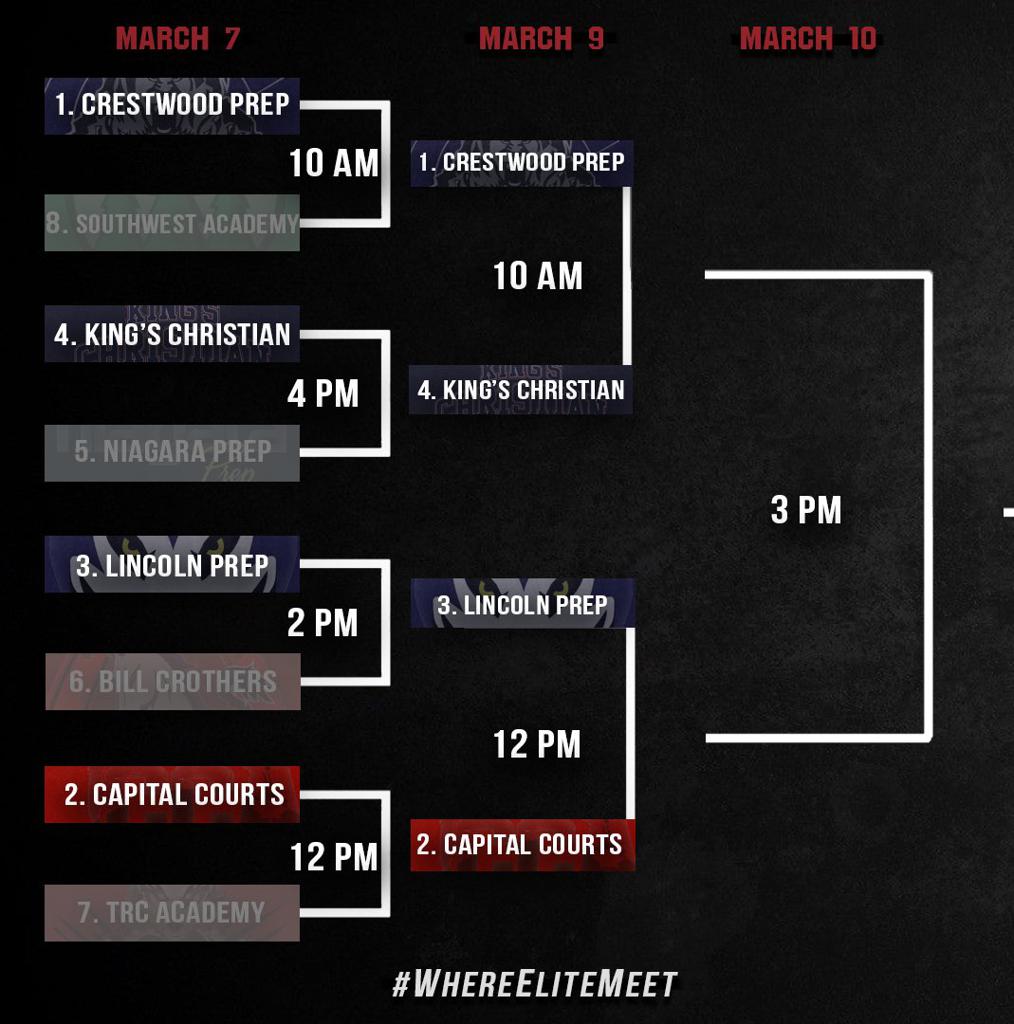 Crestwood’s undefeated season rolled in in the first round of the OSBA playoffs with an 84-67 win over Southwest Academy. Having dominated all year, the Lady Lions look to extend their run in the Final Four against King’s Christian from Oakville. Crestwood is led by two OSBA 1st Team All-Stars - Aaliyah Edwards’ 31 point, 21 rebound performance top open the playoffs and Shayeann Day-Wilson who finished with 24, 8 and 8.

King’s Christian is missing former league MVP Laeticia Amihere, already training at South Carolina for the NCAA, but will be in good hands under OSBA Women’s Coach of the Year, Zelimir Stevanovic and team captain and OSBA 2nd Team All-Star Mide Oriyomi who scored 26 points, adding 9 rebounds in King’s 81-72 win over TRC Academy in the first round.

Crestwood will look to overwhelm King’s with their size and depth while King’s will attack from the outside – in the first round they hit 45.5% from three while Crestwood shot just 25% on 6/24 from downtown.

Lincoln Prep, the two-time defending champion out of Hamilton, will likely be without former league MVP Makayla Ennis who left with an ankle injury and will be shorthanded against Capital Courts after coming away with a last-second victory 74-72 over Bill Crothers on a game-winning jumper by Brynn Masikewich. The 1st Team All-Star and UCLA-commit Masikewich finished with 22 points and 13 rebounds and will have to come up big against fellow 1st Team All-Star and 2018-19 OSBA MVP Merissah Russell and her Capital Courts squad from Ottawa.

After going down early to TRC Academy, Capital Courts put together a second-half surge to beat the Wolfpack 81-72 behind Russell’s 15 points and 11 rebounds and 2nd Team All-Star Micah Dennis who finished with 13 points, 11 assists, and 7 steals while playing the entire game.

Capital Courts is not a strong outside shooting team connecting on just 3/18 in their first-round game while Lincoln was slightly better (6/20). Both teams rebound well and are efficient from the free-throw line and the game may come down to who is available to play from Lincoln and if Capital Courts can brush off their shaky start to the playoffs. 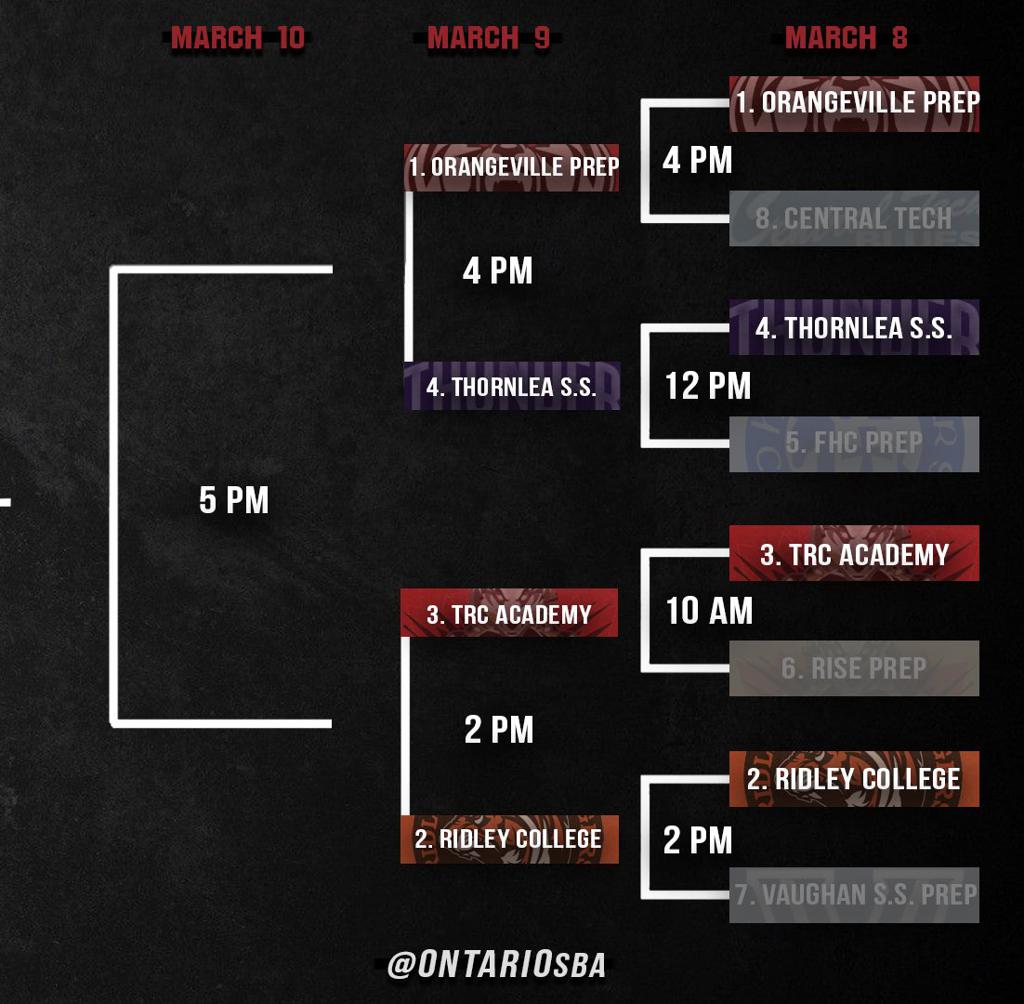 The 2018 OSBA Finals rematch will take place in 2019’s Semis as the Ridley Tigers and TRC Wolfpack meet again – but this time Ridley is no longer the underdog and looks poised to bounce back from their last-second loss last season. Defensive Player Of the Year and 1st Team All-Star Jaden Bediako anchors Ridley down low and finished with 15 points and 11 rebounds in the Tigers’ first-round 80-65 win over Vaughan Prep. 2nd Team All-Star Noah Wharton finished with a game-high 26 points and added 9 assists.

TRC will be without Sabry Phillip who left with a difficult ankle injury midway through the third quarter and had already logged 29 points. It will test Coach of the Year Tyrell Vernon and the defending OSBA champions from TRC. The Wolfpack held off their brother franchise RISE Prep by a final score of 104-97 despite 28 points from OSBA 1st Team All-Star Rahmir Moore and four other RISE players scoring in double figures.

Ridley plays an efficient game from the outside in, while TRC has longer, rangier players and thrives in a high-scoring tempo. If TRC can overcome the loss of their leading scorer and keep the pace high they could surprise a much-improved Ridley squad looking to avenge last season’s second-place finish.

Thornlea Prep opened the OSBA 2019 playoffs with a decisive 89-76 win over Father Henry Carr Prep, limiting them on defence and holding them well below their season scoring average. Accomplishing the same against top-ranked Orangeville Prep will be another story. Keeshawn Barthelemy, a 2nd Team All-Star, finished with 23 points, 5 rebounds and 4 assists in the first round game. Victor Radocaj added 19, Mike Demagus scored 15 and Cashius McNeilly finished with 13 demonstrating their balanced attack.

Orangeville Prep has punished teams that take it inside all season with four players approaching seven-feet tall. Tyrese Samuel and Matthew-Alexander Moncrieffe were both named OSBA 2nd Team All-Stars. In their 110-84 first-round win over Central Tech the Bears had seven players reach double-figures in scoring including a team-high 20 from point guard Shemar Rathan-Mayes.

Thornlea was the lone team to take a game from Orangeville this season and even though Orangeville may have been at the tail-end of a tournament and playing back-to-back, the loss still smarts them and they’ll have something to prove against the up-and-coming Thornlea Thunder. For Thornlea they’ll have to take all the confidence they can from that regular season victory and try to replicate that formula to head to the OSBA Finals.